I grew up in Papua New Guinea, born 19th Jan, 1971. It was a very authentic, simple childhood without takeaway, television or sophisticated entertainment. My parents had a vegetable plot next to our house accessed by a wobbly, wooden plank over a ditch. We grew everything and anything; tomatoes, silver beet, parsley, onions, bananas, chillies, watercress, sour sop, lillipillies and sweet potatoes. Each row was decorated by the yellow and red marigolds that Dad planted to keep away the bugs. There was a compost and a worm farm. We ate mostly from the garden and shopped with Mum at the local market where Papua New Guinean babies hung like baby bunting from the rafters in bilums, the native, woven string bags.


My father was a Professor of chemistry, soil scientist and not suprisingly a wizard in the kitchen and winner of many agricultural society awards and competitions. He made bread, ice cream, pasta, wine, beer, chutney, Christmas cakes ....Mum was the queen of meringues, sponge cakes, jellies, terrines, jams and play dough. We had food rituals like the Friday night baking of Anzac biscuits which were kept in glass chemistry jars or the making of dough for Sunday lunch pizzas. Mmm Anzacs..I can taste the golden syrup and oats and beg for the first ones out
My first cookbook was The Country Women's Dairy Home Cook Book published in England. I can still remember the pages which had the photos..the baked rice pudding was my favourite. I would get up before school when all was quiet to cook omlettes and read. I always cooked even for my dolls however their meals were not as delicious made of Johnson's baby powder mixed with cooked egg. My favorite thing in the world was a apron. My Nan lived in England hence the cookbook, she was a the batter and butter queen, pancakes made with lard that were shape into the first letter of your name and jars of tart lemon butter.

My first job was in publishing in newspapers working on The Australian. I had to come up with features which were strategic, creative and would sell. I did well and then moved into magazines and promotions, events and marketing online. I then worked for investment banks and other high end corporates and then Sydney Olympics 2000. In between working I cooked and designed events on the weekends for friends and clients. In my proffession I was frustrated as I always wanted to create, design and produce with a vision for do things differently and ideas for how they could be improved.

I took off in October 2000 and travelled in Asia, Africa, Europe and the Caribbean having many adventures! A self taught chef I started to cook in England and France and then secured a job cooking on a private yacht which then led to more positons and more adventures...five men, a storm and a broken feezer on a atoll to name a few... One thing led to another and I lived and worked around the world for lifestyle adventures, high profile clients and in communities in remote parts of the world. I was fortunate to visit many unique places. There were often no supermarkets or big gaps between seeing one and very little supplies other than those produced locally. I loved it and was inspired to be creative and learn about the value of the food and gained a apprecaition holistically for health, people, planet and plate. I discovered the fish that were sustainable and those which were not and how to recycle and reuse.

I came home to Sydney when my father was ill and then returned to live. I felt out of place and longed for the "process" of living which was abbreviated living in a big city. I styled and consulted and cooked for some high profile clients in Sydney and tried to work out where to next. I was struck by the fact that what was valuable to people especially the wealthy was "authentic experiences" and real food and expereinces. In the seven years I had lived away everything had become very generic and it seemed that bigger was not better the detail, thought, beauty was being compromised for fast and wealth with the result and more people were unhappy, disatisfied and disconnected. There were more cookbooks than ever before yet people did not cook and if they did the produce has altered so much that it had lost its taste so no amount of receipes and celebrity chefs could save you.

Food was so unconsidered and had become a commodity with a lack of consideration for the producer or the environment and things did not taste the same. I joined Slow Food as this movement seem to resonate with me and then took up as Convivium Leader. I continued consulting but them realised that what set me aside what that I had clear principles about how things should be done. These principles were the drivers for me to be creative and resourceful just as I had been on the boat...101 ways to use breadfruit!

I had witnessed both my parents die early from illness and was alarmed when I visited them in hospital that there was no place, haven that was relaxing and the food served in and around the hospital was anything but about taste and healing. I had visions of a medicinal garden and a veggie garden which could be worked on by volunteers - the garden a art place and a metaphor for life and health. I saw the problem and opportunity to assist organizations in designing more intuitive, sustainable menus which benefited their staff and clients and selves as well as reducing the carbon footprint whilst contributing to the biodiversity of plant and the well being of the producers.

My creativity, food expertise and resourcefulness provide the "how to" and the ideas, projects and process are what sets The Alison Principle aside. I hope to inspire your imagination and provide food for thought on this blog enjoyx

I have a veggie garden and compost and live in an apartment near the sea. I spend most of my weekend on the water paddling a surfski on Sydney Harbour or out at sea. I cook every day and buy direct from farmers and producers and some retail outlets which support local producers. I thrive on adventure and finding what I call "little gems" - these are places or actvities in your city or far away which are relatively undiscovered and very authentic and uusally very simple.
I have some form of flowers, grass, seed or twig arrangement in every room and inspired by the beauty of weeds. I listen to ABC radio national as I work as a constant source of infomation and inspiration of the stories of people and their contribuiton. 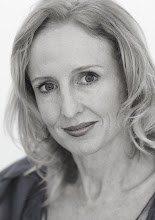